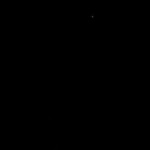 My first memories of my mother are confused and oddly pointing to her, taking care of my younger brother Fernando; he came next to me, I was the first. Later, when more brothers and sisters arrived, it is forever fixed on my memory the image of my parents’ room, cozy, warm and a little bit dark in the morning, because we had many times a new brother and it was necessary to look after him. The smell of orange blossom tea is fixed on me, and during life I have sought, in vain, for a comparable tea. It does not matter if I get it in the local market, from some grocery store or find it at some luxury place: it never tastes at that blessed tea of my childhood. We all liked to enter in stealth mode into our parents’ room, to see if there was some tea on the red thermo, and drink it, as it was a taste of heaven. Now I realize that for me and for the rest of my brothers and sisters, that tea was just a symbol of past and happy days, when we had no other business in this world than receiving the care of mom.

The second memory is located early in the morning. We entered school at nine, and she got up at seven, went to the dining room that was located between the dormitory of my two sisters and Fernando’s and mine dormitory; she took some pills from a medicine box, tore apart the paper covering the pills, and had them. My mom suffered all her life from headache, and back then, in 50’s, she used some pills named Percodan; the sound of the envelope being opened by her hands was my walker.

Third memory comes from Saturdays, laundry day. We lived on a large house, downtown Aguascalientes, built according to the use of late Century XIX: all the rooms in a row left or right, and in the other side a row of yards, or patios. My dormitory was the first connected with the second yard, where there hung some lines of cable made up of textile material, called mecate. My mom waked up early on Saturdays, and crossed all the dormitories to go to the bottom of the house to wash shirts, skirts, pants, socks, sheets and all the world of laundry that a single home can produce. She was of bad humor those days, naturally, because attending the needs of five or six children required a lot of effort. After putting the clothes in the machine, she had to squeeze it by hand, sometimes helped by the nanny, and at the end, the clothes were hanging on the cables, stretched 10 meters from side to side of the patio. For us, it was a source of amusing, since we could play hide and seek behind pants and sheets.

My mother consecrated her life to her family. My parents remained married for 60 years, until my father’s demise on February, 2009, aged 91. His last years were troublesome because he lost, step by step, his mental abilities and at the end he was just a baby soul living on an aged body, blank of memories and devoid of reasoning. His decay lasted some five years, and all of those days, my mother took care of him, addressing all of his needs, guessing what would be best, staying next to him. My father’s agony burned out my mom’s vital energy.

She was very sad when my father died, she had just lost her mate for the last sixty years; yet, she understood that my fater’s last days’ life was not such a life, and that it was better for him to part. On the eve of his death, I made peace with him and heard my mother telling him: “go, Jesus, you must go now. Don’t worry, we will be fine.” She understood that there was nothing to do and accepted this fact of life, death.

But she never was the same, after my father had passed away. For some months she was very sad and this was evident for all of us; with the passing of months she got used of the idea of her solitude and was at last accepted the fact; not happy because of that, but realizing that it was natural and unavoidable. She embarked on a new life, to assist two sisters who lived with her: she helped with cleansing of the house, prepared breakfast, started over again to prepare her delicious meals, unfortunately discovered after I was a boy; on my child years my mother was not such a big cook as she turned out on later years. Then, one day she fell and broke her hip. Surgery went well, she recovered but from that day on, about one year ago, she turned herself off. As a candle that is almost consumed and has only the central thread burning, my mom’s life was burning out, day by day, since end of 2010.

Today, her days are finishing. She stays on bed most of time, she feels weak even for a few steps, she had lost interest on everything, she gave up. I do not blame her, since her days have been many, she fulfilled her affairs, she attended husband and children. Now her face, years ago most beautiful, now resembles a death mask: her skin next to the skull, her eyes turned down, her looks sad. Bud we ask her “how do you feel, mom?” and she answers “I am fine, thank you”. She does not complain, she does not fear, she is not sad, she has nothing left to do; she lefts a family that is happy and bored, just as those described by Tolstoi.

Some day, when my day comes, I would like to be granted a death such as this: no sadness, no fear, no pain. In peace, since it will be not upon me neither disturb nor fix this troubled world.

Ten years ago I went to my parents’, some labor day in the morning; the door was open and I could enter without need to knock, since previous notice of our visits is something unknown to that house. In the lobby I heard my father’s voice; he was not talking but speaking with a different intonation, as trying to put emphasis on some words. I kept quiet, I preferred to listen than to advance. My parents were sited at the small dining room and my father was reading a poem, unidentified then;  today, years after that, time has not given neither name nor author to it; the poem remains on me just as the memory of his paused voice, trying to communicate to mom some beautiful thought or some happy finding of words. That day, my parents had already over fifty years of being married and yet, my father kept reading poetry to my mom. He was not declaring his love: I did not felt that he was expressing with some poet’s words his own feelings or thoughts; he was just sharing with my mom his fondness for that verse while my mom listened with the interest that she can put on things, part courtesy and probably, deep on her soul, it was the sweet sensation of having next to one a loving being who gives something, no matter what: that loving being gives and this feelings touches that elusive feeling of happiness.

I was a little surprised (just a little bit) and was very glad because of that scene. Even when both opinion and kind of relationship that one creates inside about other person are the result of many factors, parents are parents, and to have them alive, joined and reading poetry after fifty years of living together made me think that disagreements, discussions, differences and disgusts did not blow out the fire of love that joined together many years ago. Love changed, for sure; it acquired forms that few people can ever seen on their lives, that perhaps we will never ever see, but this elusive love kept them, my parents, together and I saw that, on that day, on those verses and in the eyes of my mother, who sought some napkin to fold, but looked through the napkin and looked for the words that my father addressed to her.

When my father died on February, 2009, my brother Jesus spoke on behalf of us brothers and sisters at the mass; he made a reference to this scene, since I had described it to him on a letter. Later I wrote it down in an article dedicated to the memory of my father that is published on my site as Jesus Gomez Medina – in Memoriam.

Barely two and half years passed and it was my mother’s turn to pass away; she was tired, she had fulfilled her mission on this earth. Her death was similar to my father’s, yet shorter. He had years of agony, his way was through turning down, one by one, the lights of his memory, knowledge and reasoning; at the end he was just a small but aged boy. My mom decided some two months ago that it was enough for her, and decided to sleep. Most days, most of the day, she was laying slept on her bed. No pain, no claim, no disdain; just sleep. Last Sunday November 6th, on one rare moment when she was able to recognize us and say something, I asked her “how do you feel, mom?” Her smile was sweet and weak, but her answer was clear: “I am fine, thank you” and those were her last words to me. Last November 12th, she passed away.

It was my turn to collect memories and speak in the name of my brothers. I repeated that scene and made clear in words –in deeds it was clear for all- that my mother was happy living for others; that the same as some people are called to be artist, some scientist, some policeman and some priest, my mother was called to be mother and wife; first wife, later mother. At the end, I think, she decided to leave us, grown up children, and to meet again my father. We accept this as part of natural order of things; we thank her for her blessings during all of our previous life; we wish her a world without tireness, without worries, without quarrels; we think this new world will be some like the world of those words on the voice of my father; we all hope this meeting will be forever.